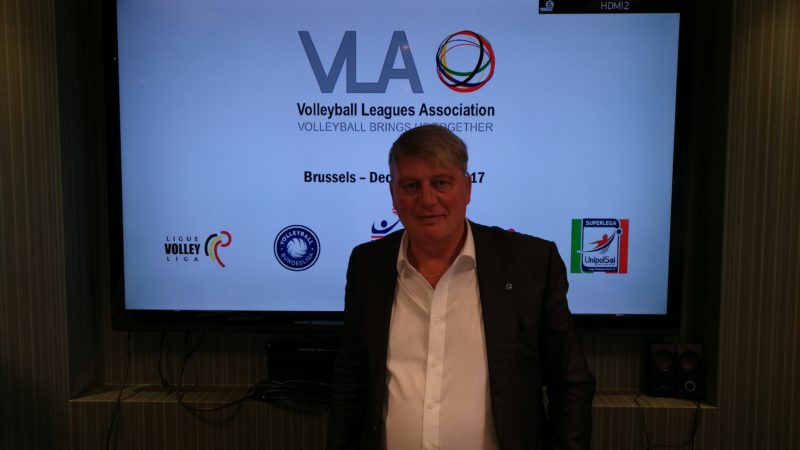 The meeting was not only based on a fruitful discussion and decision about key points and goals of the non profit international organization (players contracts, calendars and players’ health, exchange of knowledge among the different Leagues) but allowed as well the participants to welcome the head of the European Commission Sport’s Unit, Yves Le Lostecque, who confirmed his interest about the activity of VLA. The European Commission has interests in sharing with Volleyball Leagues Association common thoughts and projects matching European politics concerning anti-racism and social inclusion campaigns, as well as sport betting matters and labour issues.

The Association has already get in contact also with the Sport Intergroup of the European Parliament, scheduling an upcoming meeting for next January.

The next meeting will be hosted by French Volleyball League in March.

VLA is planning, moreover, a future appointment next July in Italy, where members and invited European Clubs will share expertise about organisation, marketing and communication.